I woke up early this morning to the rising sun.  Its summer now in Boudha.  Along with the change in weather, comes many other changes too:  People are earlier at the stupa.  Its warmer in the mornings.  Alot less Thungba, (tibetan warm beer)  A greater sense of cheerfulness and color as a greater variety of fruits fill the stands of the vendors and as ice cream wallas traverse the narrow pathways.

I made my way to the Stupa at about 8:30am to find it filled with many people.  Today is the day for Timal Jatra.  Tamang people gather at Boudha stupa on this day to offer butter lamps to the deceased family members. They celebrate the whole night by singing around the stupa. Mostly young Tamang boys and girls are seen taking active part on singing competition. It is called dohori, question's are asked in song and replied in song accordingly.  If the boys and girls like each other they can also get married. Locals put up stalls for Tea, Momo, Chhyang, Aaludam etc. all around the stupa. Early in the morning the next day they go to Balaju to take a holy bath.

I met my friend Kunzang and we decided to go and have breakfast together at Cake Cha (A simple local tea room owned by an old man that people have grown to call Cake Cha.)  I like breakfast there.  Its nice.  Aloo, Roti and an omlette.  I then met my friend Nima Sherpa and we went to get some photos taken for my Indian Visa application.  (I will be leaving for India shortly to attend a 10 month course on Ayurveda at the art of living ashram in Bangalore)

We then hung out at a local cafe and i made my way back to my guest house.  On my way there i stopped over at a little tea room for some Aloo, Channa and Roti.  I had been there once before.  This time, the 11 year old daughter saw me and offered me two sweets saying it was her birthday today and i should have it.  I thanked her and she giggled.  It was a very girly giggle and it made me laugh.  Her little brother came into the tea room thereafter and another exchange took place.  Followed by another little girl and boy.  They were all local kids in the area, about 4 to 9 years of age.  They seemed amused by me and i delighted in their company.  Slowly by slowly more kids trickled in until there were about 7 of us in the tea room.  We hijacked the place.  haha.  We spent the rest of the afternoon teasing each other and playing around the table.  Until i decided to take the party outside.

Here are some pictures of my day. 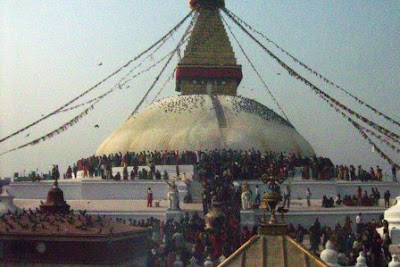 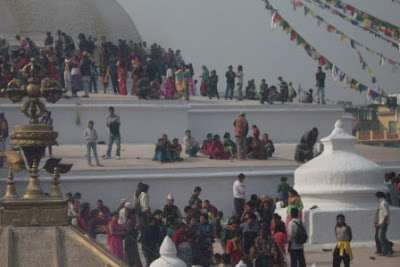 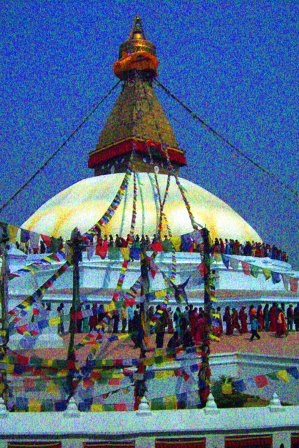 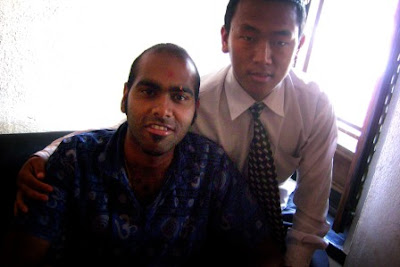 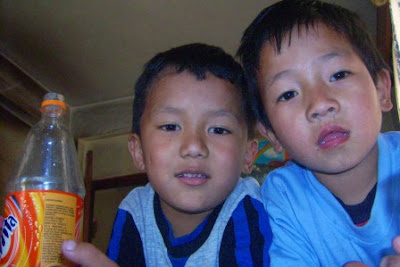 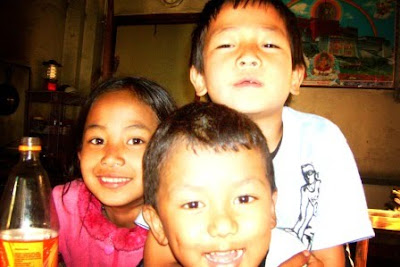 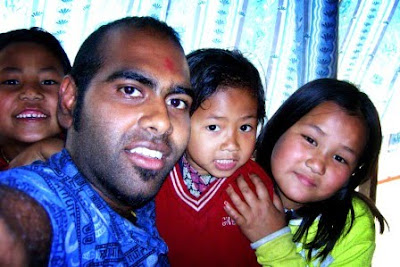 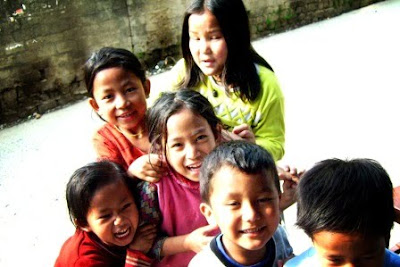 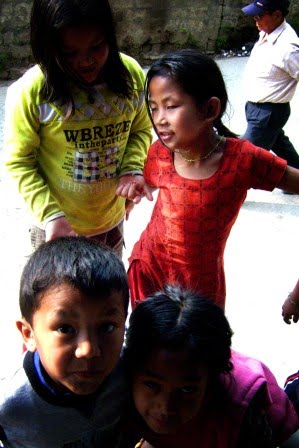 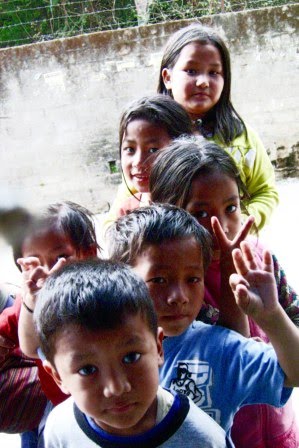 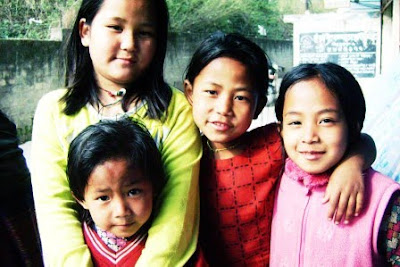 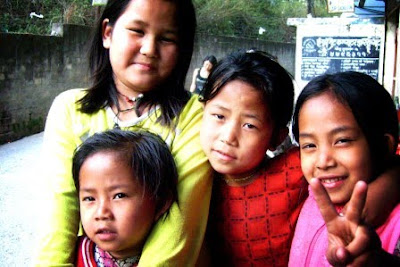 In my time here in Nepal, I have been fortunate to meet and interact with some great friends from the Art of Living.  They have enriched my stay here.  They have just finished developing their local website.  Its a great site.  I thought i would clue you in on some of the activities happening here.